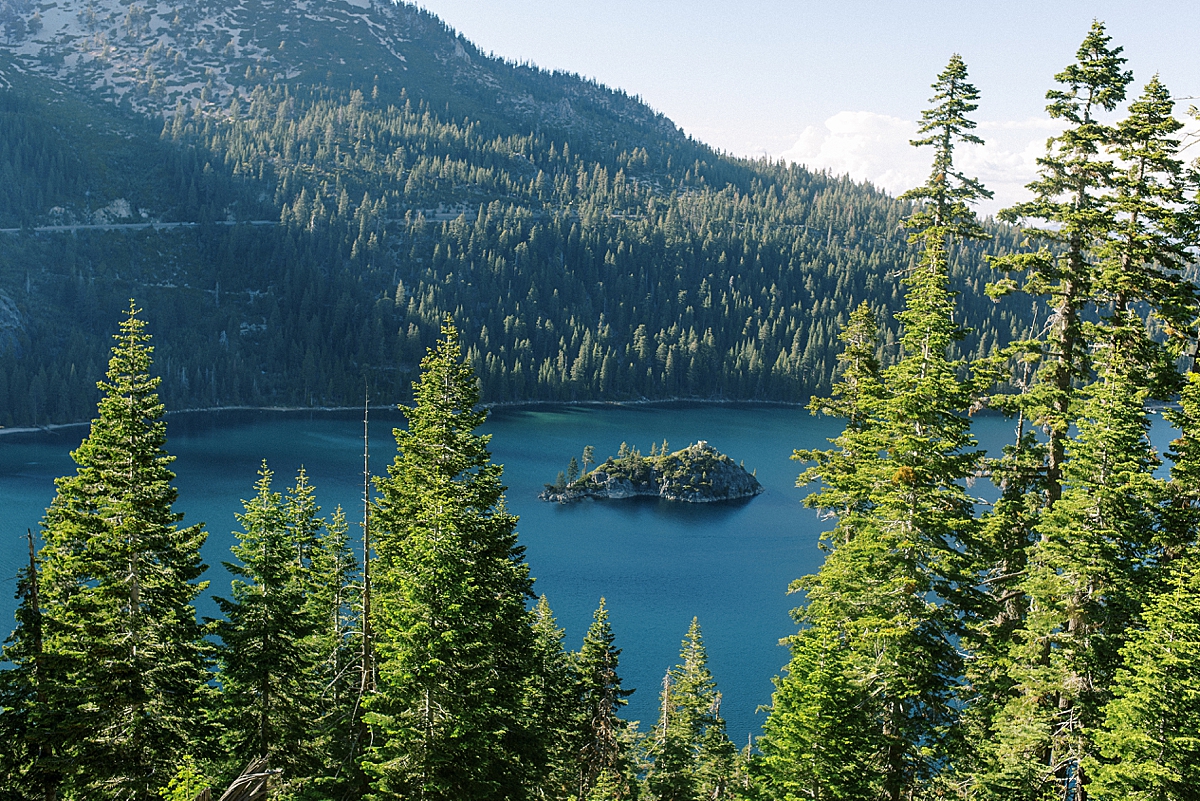 Summer has been busy as I’m doing school, an internship, and trying to keep it all together. I went to Tahoe in the middle of June, right after finishing the Spring term at BYU. Different from all the trips before, I didn’t plan anything until I was there. That was certainly a bit uncomfortable because I don’t like wasting time on the trip doing that, but I also didn’t have time to plan for it before. But it was good to have done things this way, and I learned that doing nothing is also doing something. So I allowed myself to woke up and just be. I didn’t need to have a full schedule while at Tahoe. I just needed a break from the crazy life, and it was all so good and refreshing. 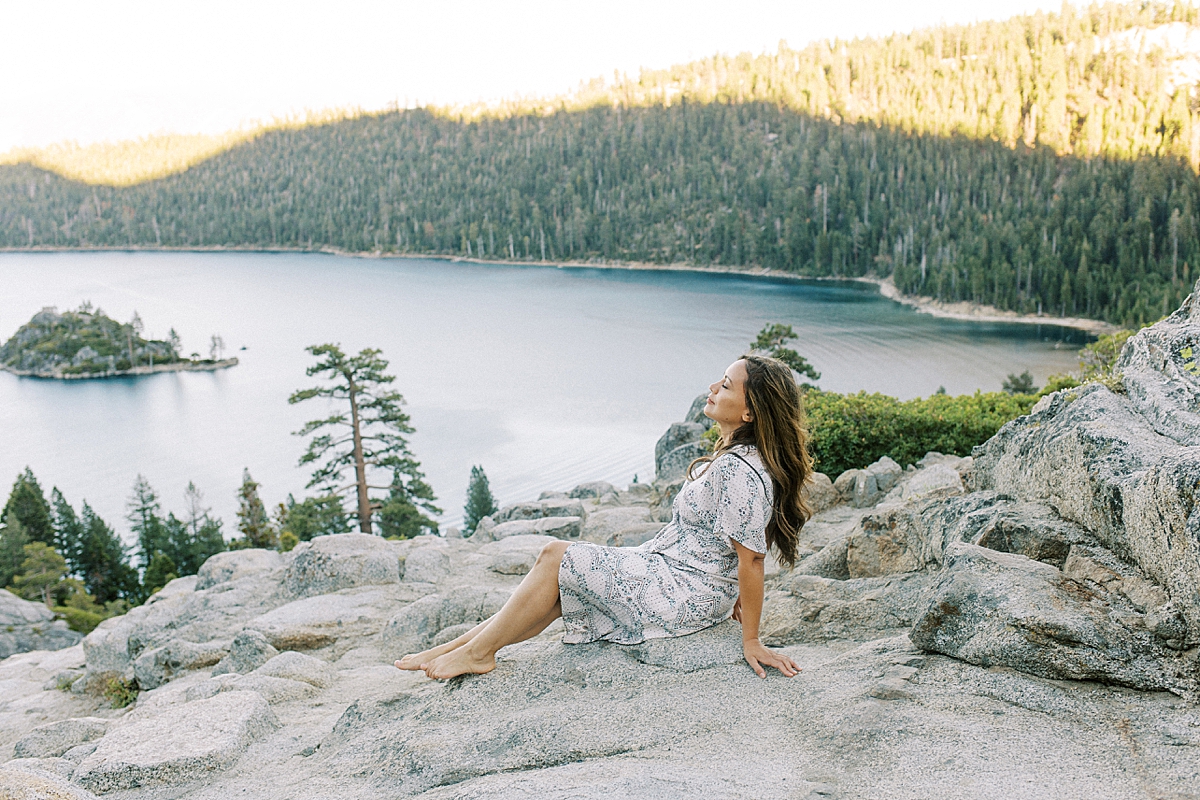 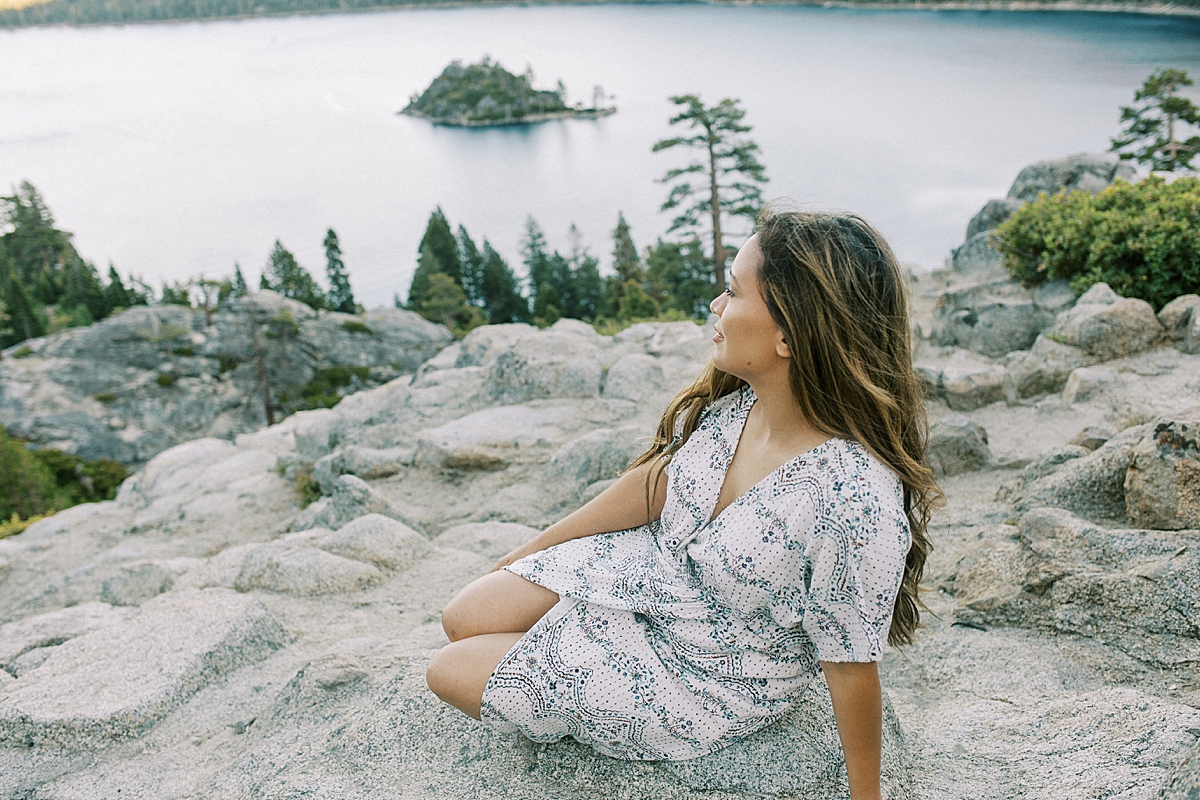 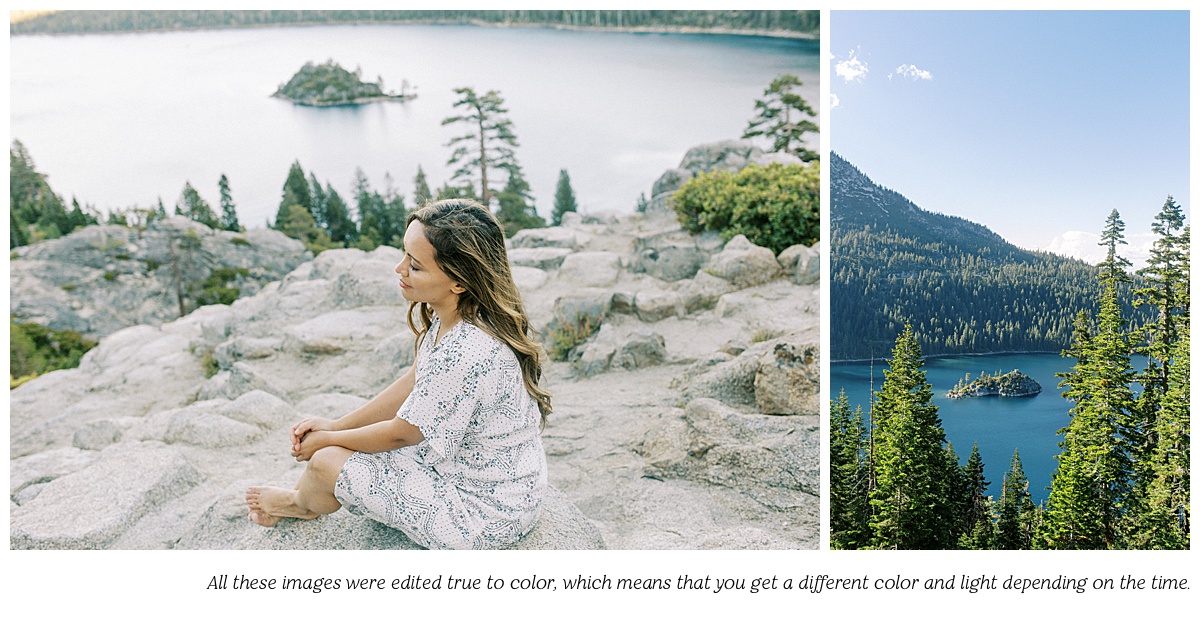 I did tons of research on Google to find information about the locations. Often, the information I found was unclear if the place was a hike, by a parking lot, or something else. I decided then to make this post as clear as possible so you can plan accordingly to your mood on the day. After all, we aren’t always in the hard-hiking-mood, ammright? 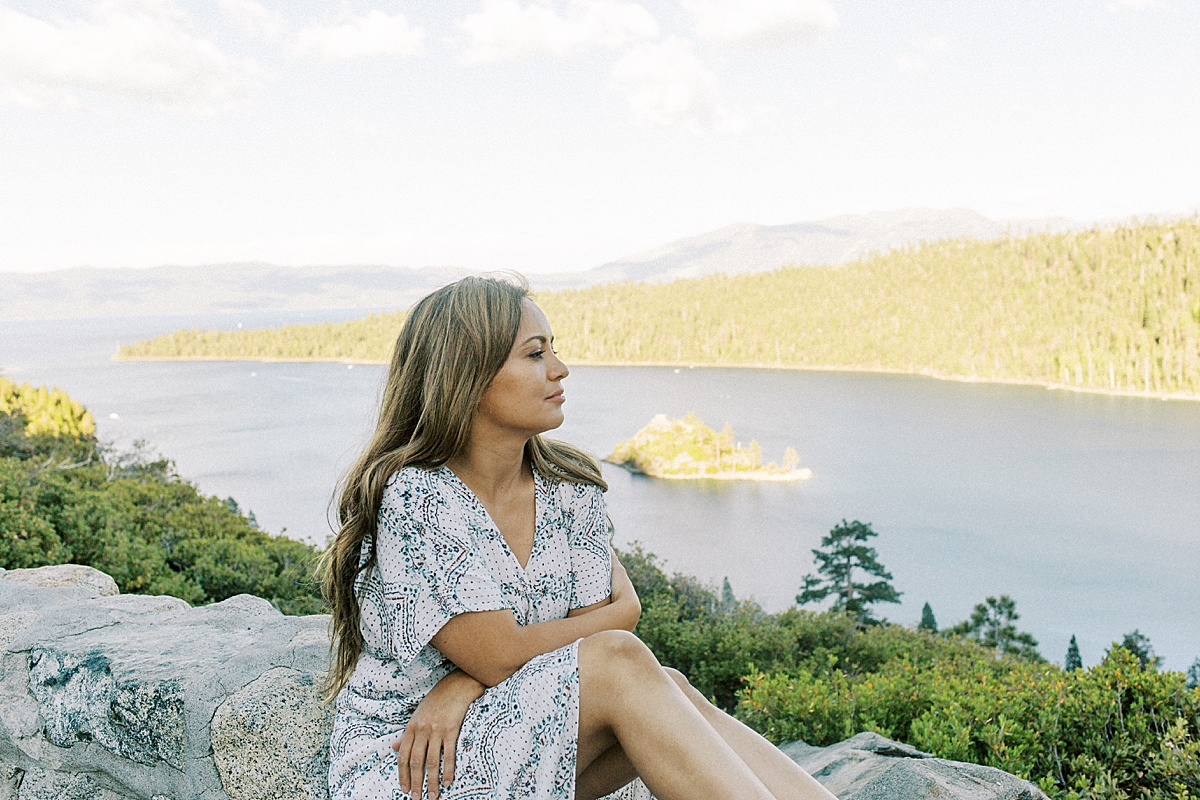 There are different places that you can see Emerald Bay Island. This was one of my favorites, and it’s a must-to-go location. The best of it all? All these pictures were taken by the parking lot! Not hiking required. From the parking lot, you can spot the island with a prime view.

If you are feeling in the hiking mood, go down the Vikingsholm Trail, that’s also accessible from the same parking lot. I have made only half of the trail, but if you decide to go all the way down, it’s a relatively easy 1.7 hike that will take you to the Vikingsholm Castle. 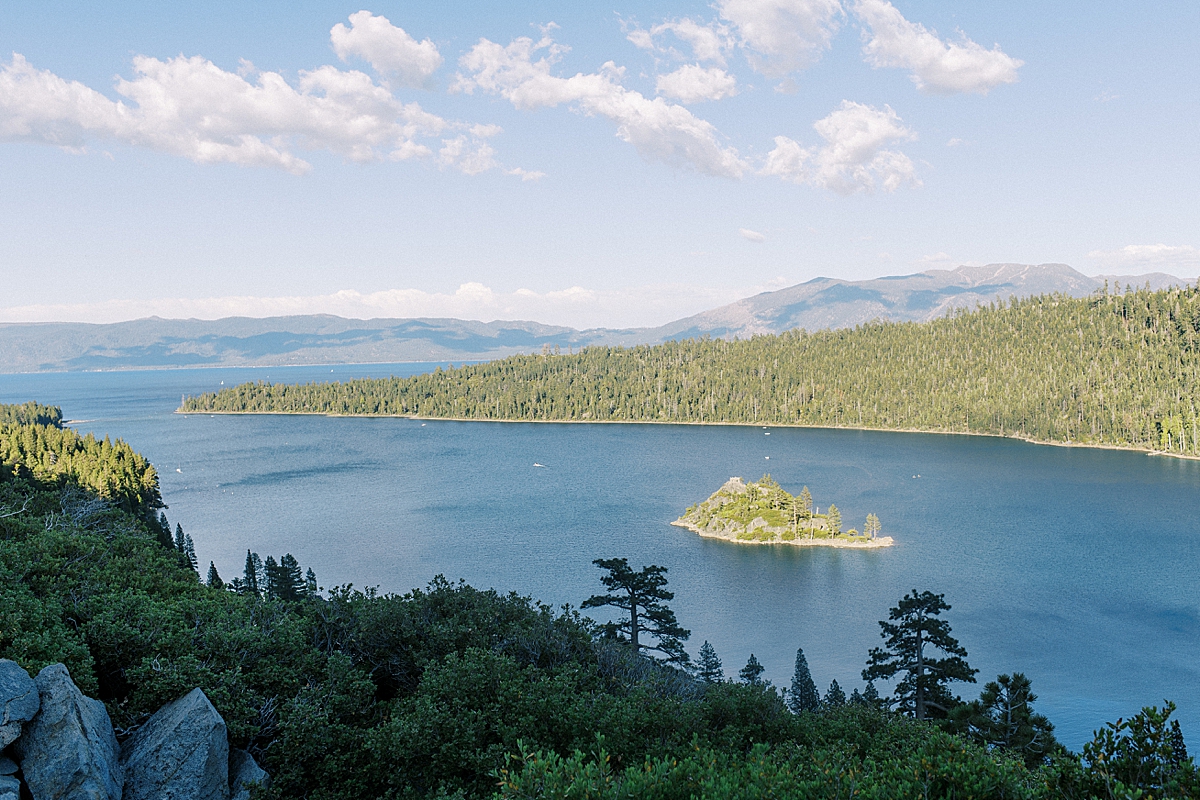 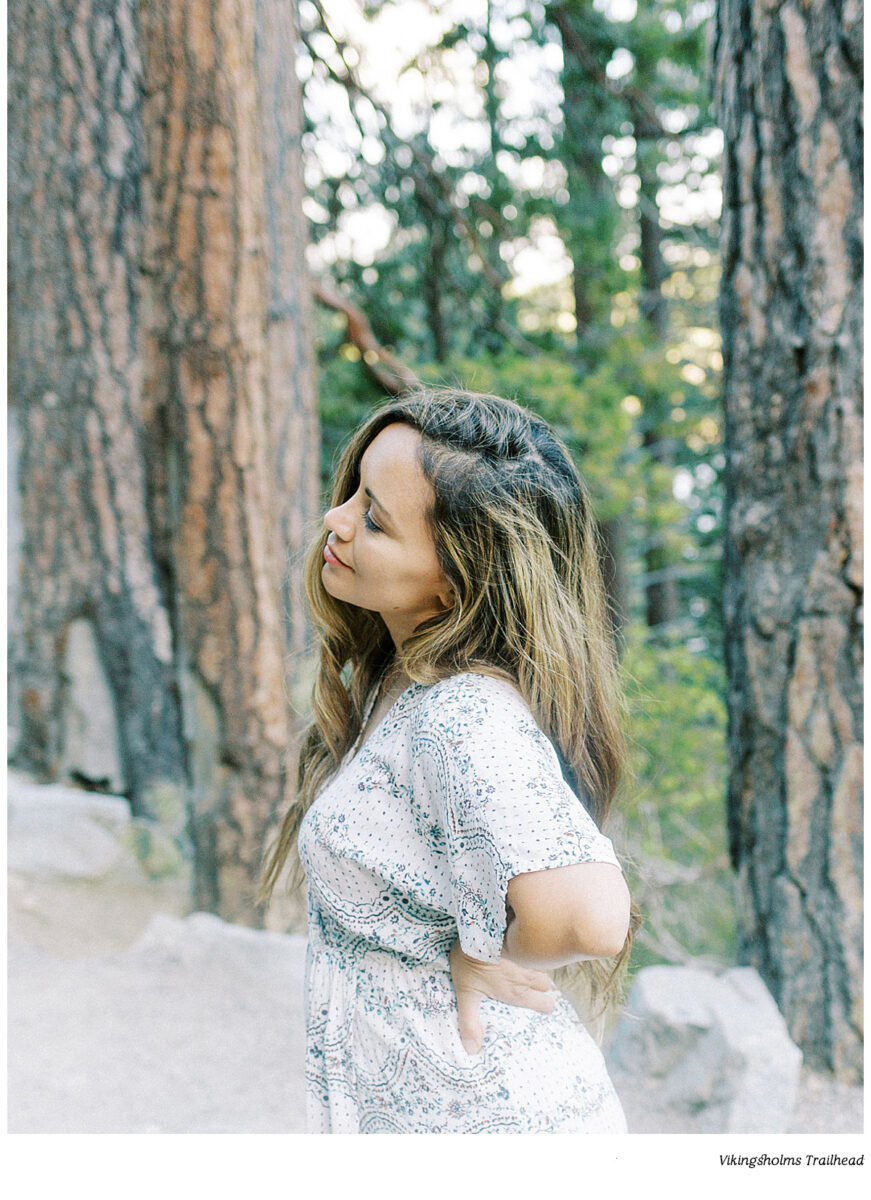 I like soft light images, so we sat on the rocks and waited for that perfect light that’s an hour before the golden hour. You can see that the light in these pictures doesn’t look the same, as they were taken at different times. If you don’t care much about how your pictures will look, any time should be good to go! Emerald Bay is always blue and beautiful. 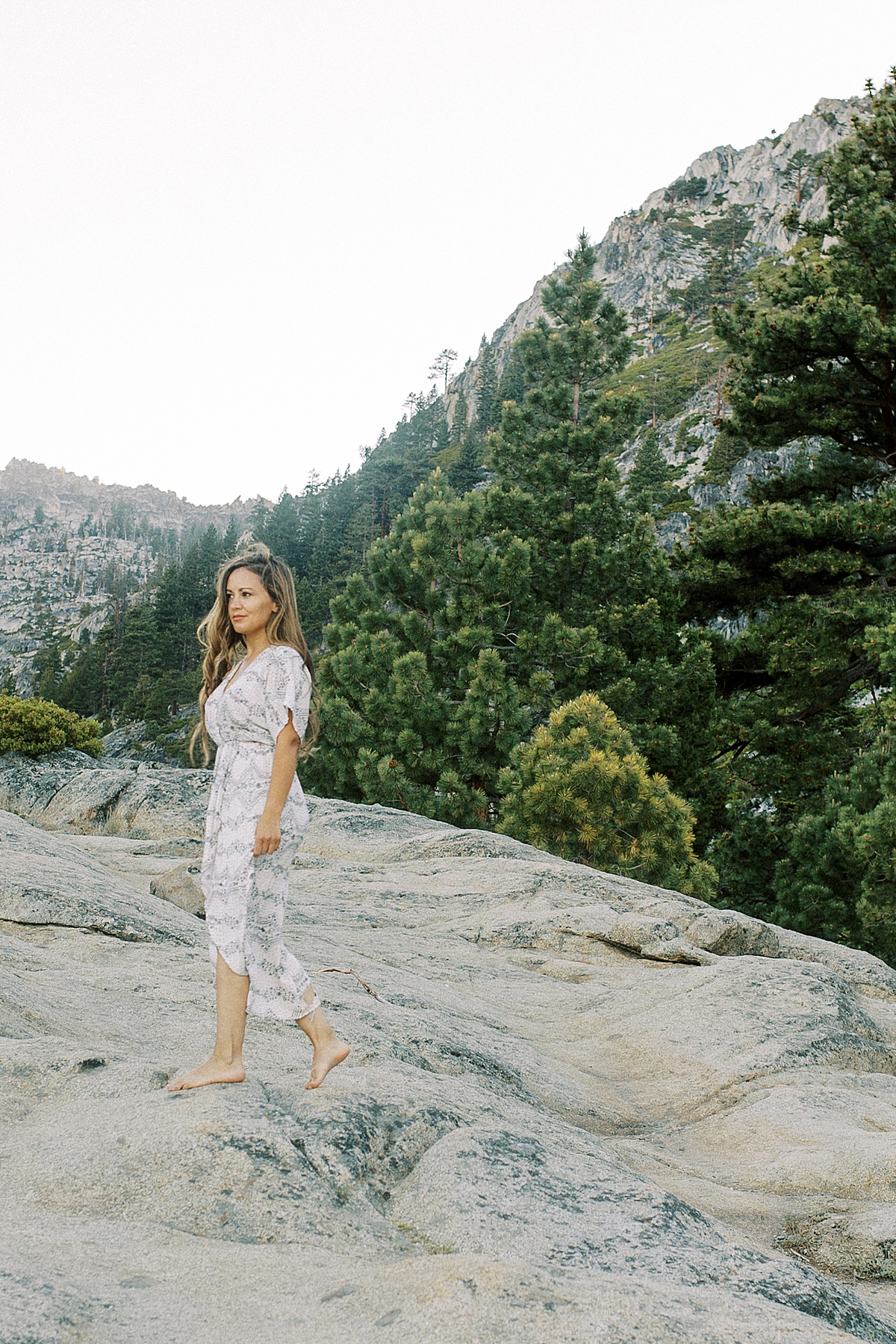 It’s a good spot to have a picnic or just chill. 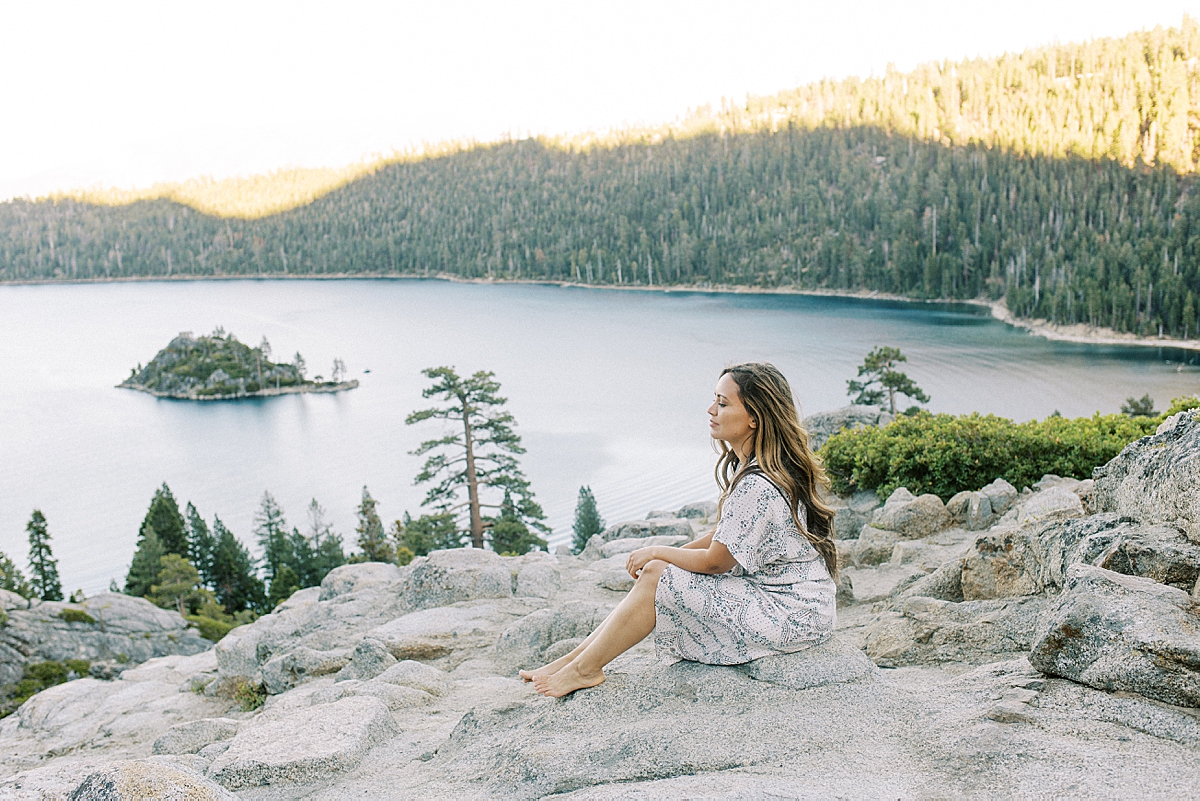 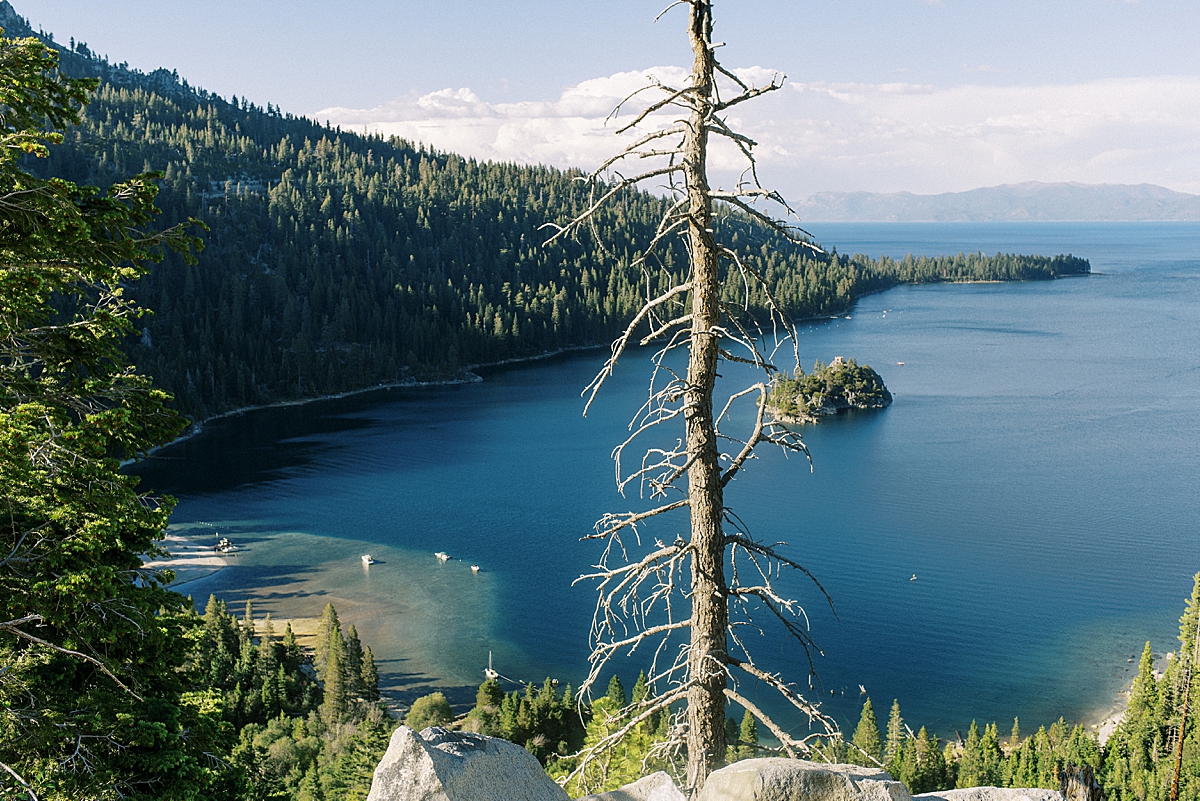 How has social media changed you?

I used to think that I had a shield that protected me from being affected by the media. These shields were all the years that I have been active on social media, the trait of being observant to what’s happening, and later on, the media literacy I have earned while pursuing a major in Communication Studies at BYU.

If I noticed that they wanted me to take a particular action, I would intentionally do the opposite and reject the message. The more persuasive it tried to be, the less power it would have over me.

This is explained in a social psychological theory developed by Brehm and Brehm (1981) called Reactance Theory. When noticed a threat, we tend to protect our sense of freedom. A “boomerang effect” occurs to safeguard our independence and control, leading to an opposite behavior than initially expected.

How does persuasion work?

When facing a persuasive message, the individual might react to it in different ways:

After a few considerations, I realized that I’m more vulnerable to media messages than I thought I was. So why do we think that we are media-proofed while others aren’t? This is explained on the Illusion of Personal Invulnerability study by Levine and Wiley (2004).

“People tend to have a curious illusion of personal invulnerability to manipulation—a belief that we’re not as vulnerable as others around us.”

We might think that because we know how persuasion work, we will prevent any damage from its use. However, just like driving a car, we might understand how things work, but we are still vulnerable to the effects of using it. The illusion that we are not as vulnerable as others might occur because clever and subtle messages make it hard to see that we are being manipulated.

These messages might also not have an immediate effect on us, but the more we see them, the more we get affected by them throughout the times. This is explained by the drip-drip hypothesis which explains that gradual changes occur in the long term in an individual’s attitudes or behavior.

How has the media affected me?

Subtle messages are more persuasive to me. I will be more curious about what people on social media are using if they aren’t trying to sell me on. Here are some examples of how the media has affected daily decisions.

I have been affected heavily by media messages without noticing it. Can you imagine how much greater it would be if I wasn’t aware of how persuasive messages work?!

“The most effective persuasion often takes place when we don’t recognize we’re being persuaded.”

Are you aware of the media messages that come to you? What has been the media making you become? It’s time to be mindful of the media content we consume, become media literate, and educate others that aren’t equipped with our understanding.

6 Tips for a Less Stressful Move

Moving–it might be one of the things that I have involuntarily done so many times while I was growing up, and it has become something that I have got used to overtime. While in Brazil, I have lived in three different states and moved a total of eighteen times. After moving to the USA, I have lived in three different states as well, and at twelve different places. I have learned so much during all these 30 moving times. For example, I learned that moving isn’t as bad as it sounds, you make friends everywhere you go, and it’s actually such an exciting feeling to move to a place where anyone knows you, and explore the new place you have moved to.